Erik Davis, author of Techgnosis and the just released High Weirdness, joins the podcast for a great conversation about our bizarre cultural moment and the legacy of the old school [Robert Anton] Wilsonian Counterculture...!

Subscribe to the podcast and get new episodes immediately 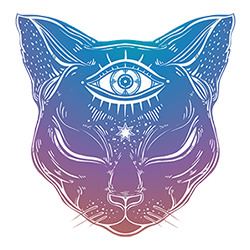 Support this show and join our elite "Ultraterrestrial" crew. You'll get interviews weeks in advance, special status in our Discord community—and ensure that the show keeps going strong!

Change your reality one conversation at a time. Series Three (2019) 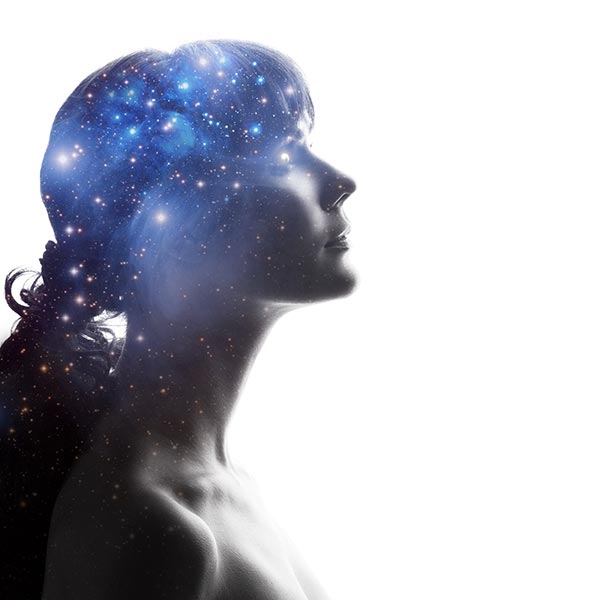 Magick and Your True Will

Discovering, and then enacting, one's True Will is the primary goal of all true and initiated magick, yoga, meditation and spiritual practice. Nothing could be more simple—or more difficult.

Genesis P-Orridge, high magus, cultural engineer and wrecker of civilization, chats with me from her hospital bed following life-threatening surgery, on the recent GoFoundMe, the legacy of the 60s, the future of humanity and lots more.

In which we explore the massive neurological benefits of meditation AND go deep into the territory of Enochian magick (including a speech I gave at Mortlake & Co).

Douglas Rushkoff, the world’s greatest theorist on how technology is transforming our consciousness, stops by the podcast to talk about reclaiming our souls from the tech abyss, in one of my all-time favorite conversations.

Spiros Antonopolous—yogi, tantrika, magician and psychonaut—stops by to discuss his voyages in the outer realms of consciousness, and how a ritual he conducted to contact his Holy Guardian Angel completely upended his life.

Author Mitch Horowitz returns to the podcast (for a second time!) to discuss his new book The Miracle Club: How Thoughts Shape Reality, and the incredible power of the mind to shape reality itself—a power available to anybody, anywhere, at any time... NOW.

Remembering the late, great, Adam Parfrey—publisher of Feral House books, fearless opponent of American conformity, champion of the outsider, mentor and friend. In this episode, I chat with Samuel Vandiver, who has been assembling Parfrey's biography.

Peter Bebergal, author of Strange Frequencies: The Extraordinary Story of the Technological Quest for the Supernatural, stops by the show to discuss the liminal zones between mysticism and technology, and the odd and wonderful things he's found there.

Thomas Hatsis, author of Psychedelic Mystery Traditions: Spirit Plants, Magical Practices and Ecstatic States, stops by to discuss how entheogens and magick have long made for close companions, and his fascination with combining magick and microdosing.

A classic introductory lecture on the nature of Magick and Meditation by Jason Louv—and how they're absolutely essential to life in the 21st century. This is the best, most level-headed introduction to magick and guide to beginning practice you'll likely ever hear.

Artist Gea Philes stops by to discuss life as an outsider, the immigrant experience in America,the pursuit of art as an overwhelming spiritual goal, how otherworldly forces shaped her work and how she’s seen the occult scene evolve (and devolve) over time.

In which I discuss Dr. John Dee, one of the pre-eminent magicians in the history of the world, assess the current state of the Western Esoteric Tradition, and give a reading from my new book "John Dee and the Empire of Angels," about the secret history of the world.

Barry William Hale, outlaw occult artist, Thelemite, martial arts master and all around intense dude stops by to talk about how he merges magick and art into a fearsome process for transcendence. We chat Crowley, Enochian angels, demons and lots more

Duncan Trussell trips into a rift in the multiverse and finds himself outside the circles of time in the court of the dreaded Obsidian Emperor (me), who makes him fish tacos. We have an awesome conversation about magic, escaping the clutches of an uncaring society, and the Necronomicon.

Bailey Jay stops by the show (as our first second-time guest!) to talk about sex, death, magick, alien abductions, enlightenment, and lots, lots more...! This was a fantastic conversation that touched on all of the parts of the human experience most are afraid to acknowledge.

Journalist Marty Beckerman stops by the show to talk about how the Mainstream Media™ actually works, his experiences working in it, and why civilization is collapsing without functioning and healthy journalism—and the future of online journalism, on-platform censorship and American democracy. Marty's Books.

Do Freemasons really control the world? Super-elite high-ranking Freemason Yosef Esshaghian stops by the podcast to cast light on the hidden inner secrets of the world's oldest (and most maligned) fraternity. Please ignore all moments of unintentional reptilian shapeshifting. Learn more about Masonry here.

British journalist George Pendle, author of the biography Strange Angel: The Otherworldly Life of Rocket Scientist John Whiteside Parsons (now the basis for the CBS All Access show Strange Angel) stops by to talk about the enduring fascination of occultist, libertine and rocket scientist Jack Parsons.

Michael M. Hughes, author of the upcoming Magic for the Resistance and mastermind of the "Bind Trump" mass magical working, stops by the show to talk about magical resistance to the darkest timeline, and using directed Will to push back against fascism and authoritarianism. Michael's New Book.

Hannah Haddix, outsider artist, world traveller and Magus of the Coyotel Church, stops by to discuss her recent ayahuasca forays into the psychedelic garden of Kali Ma, the role of the artist in society, and the far-future hell realms where artificial intelligence and machine life overtake all sentient life. Hannah's Book.

Dr. Ralph Abraham, professor and founding theorist of chaos mathematics, stops by the talk about the inherent, unpredictable chaos of existence, Dr. John Dee, DMT, the 1960s, seeing angels and how math is the language the universe uses to talk. One of my all time favorite shows. Ralph's Books.

Author and clinical practitioner Abdi Assadi and I discuss the role of the shadow in spiritual work, the dangers of spiritual bypassing, and how your dark side can f*ck you up if you're not careful. This was a tremendous and healing conversation. RAICES. Abdi's book.

Gary Lachman stops by the podcast to talk about meme magick, the rise of the Alt Right, the Russian occultist and geopolitical thinker Aleksandr Dugin's plans for a Eurasian empire, and how the misuse of magick might have helped fuel the election of Trump. Gary's Books.

Pam Grossman (Phantasmaphile, Waking the Witch) stops by the podcast to discuss her work shining a spotlight on how the archetype of the witch has emerged into public consciousness, and can be a potent symbol for inspiring and empowering women. Pam's Site.

Aki Cederberg, author of Journeys in the Kali Yuga, stops by to talk about his travels with the Naga Babas of India, his experiences in India and Europe, and his quest to resurrect the sacred traditions of Europe in defiance of the crushing weight of the Kali Yuga. Aki's Book.

Legendary occult author, teacher and songwriter Lon Milo DuQuette stops by the podcast to talk about his recent forays into the Shanghai occult scene, his experiences with Enochian and Goetic magick, and how magick just might lead you to enlightenment...! Lon's Books.

Jon Graham, acquisitions editor at Inner Traditions, stops by the podcast to talk about the Western Esoteric Tradition, Rosicrucianism, Metapolitical War, meme magic, the right's obsession with George Soros, and what it takes to transcend the small-s self. Books from Inner Traditions.

I chat with PEN-award winning author Mitch Horowitz about the power of positive thinking, the occult history of America and his new-found fascination with Satanism. I open with a memorial to the late Adam Parfrey. Mitch's Books.

Alex Gordon-Brander, Wall Street vet and CEO of the Omega.One decentralized cryptocurrency exchange, talks about how blockchain technology will transform the planet. Omega.One.

Why did the evangelicals push to elect Donald Trump? And are there occult, eschatological factors operating behind the scenes of the US's push for brand new wars in the Middle East?

Stephen Edred Flowers stops by the podcast to talk about runes, Odin, the Northern Tradition of magic, and his new book on the Icelandic grimoires. Stephen's Books.

Timothy Wyllie, visual artist and author, stops by to discuss how to access inner space and talk to angels, dolphins, extraterrestrials and other travelers in the psychic worlds. This is one of the very last interviews that Timothy gave before he passed. Timothy's Books.

My friend Zach Leary, host of the It's All Happening and MAPS podcasts, stops by to talk about how spirituality, meditation and ancient disciplines like Bhakti Yoga can help us deal with the challenges of transhumanism, global fascism and the ever-accelerating future. Zach's Site.

A conversation on life and magick with Satyros Phil Brucato, author, rocker and developer of the White Wolf role-playing game Mage: The Ascension—one of the most quietly influential devices for spreading real occult theory of the last 30 years. Phil's Books.

Christiana Key of Delphic Oracle and Cult of Youth stops by the podcast to talk about chaos magick, using planetary timings for magick and creative work, "Priestess Pop" and her experiences using her one-woman performances as occult rituals. Christiana's Site.

A trip back in time to the launch party for my first book, Generation Hex, 2005, at Alex and Allyson Grey's Chapel of Sacred Mirrors. A clarion call for psychedelic evolution. Hear 23-year-old punk rock me invoke the future! (Music by James Curcio.) Generation Hex.

My old friend Caleigh Fisher and I have one of our epic far-future shamanic conversations about magick and the future of humanity. We cover Wilhelm Reich, orgonomy, Thee Temple ov Psychick Youth, John Dee, the Goetia and lots more! Caleigh's Twitter.

What’s the difference between white and black magick? I dig into the real practical differences between approaches to magick, with a detour into understanding the reason why magick became demonized. Magick.Me.

Scholar and biographer Tobias Churton stops by the podcast to chat about his new biography of Aleister Crowley, The Beast in Berlin, which charts the Great Beast's ultramodern period in pre-war Berlin. Along the way we talk magick, art and John Zorn. Tobias' Books.

Scott Treleaven is a Canadian painter and film-maker who works with both transgressive and sacred subject matter, incorporating queer imagery and the symbology of esoteric practices into his artwork. We talk magick, the future and the role of the artist. Scott's Book.

Buddhist activist Max Zahn stops by to talk about his ongoing meditation in front of the Goldman Sachs building in New York, an effort to instill compassion in the multinational investment banking firm, one of the key players in the 2008 market crash and subsequent bailout. 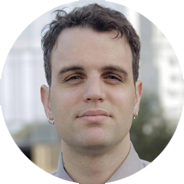 ABOUT ULTRACULTURE WITH JASON LOUV

In the ULTRACULTURE WITH JASON LOUV podcast, author and futurist Jason Louv explores radical new ideas at the intersections of culture, technology and spirituality, bringing together a first-rate cast of some of the most insightful and unexpected thinkers on the planet to tackle the biggest challenges of the 21st century. From the world's newest and most Promethean technologies to its most ancient and most profound spiritual traditions, we explore tools for waking up, empowering yourself and unleashing your own inner magic—because Spaceship Earth needs all the help it can get! New episodes are uploaded weekly; the show is now part of the Mindpod Network, as well.

Jason Louv is the bestselling author of eight books, including John Dee and the Empire of Angels, Generation Hex, and Thee Psychick Bible. As a journalist, he has covered surveillance, international trade and the dark side of technology for VICE News, Boing Boing, Motherboard and many more. As a futurist and strategist, Jason has worked on Buzz Aldrin’s international campaign to colonize Mars, Google's artificial intelligence program, and in many more strange and wonderful places. He has been a lauded guest on The Duncan Trussell Family Hour, It's All Happening With Zach Leary, Team Human With Douglas Rushkoff, Coast to Coast AM and many, many more podcasts and radio shows. He lives in Los Angeles. Learn more about Jason here.